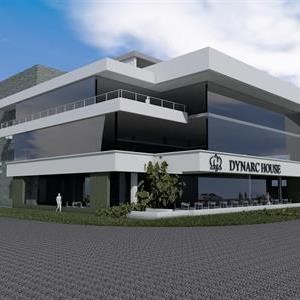 An architectural presentation of the new look of the former Toyota building on the corner of Courtenay and Meade Streets.

GEORGE NEWS – The landmark property on the corner of Courtenay and Meade Streets – formerly Halfway Toyota – has been sold to Dynarc Capital and is to be redeveloped by its new owner.

Dynarc Capital was also responsible for the development of the new Tavcor George and Imperial George buildings near the Garden Route Mall.

Chairman Willie van Heerden says by investing R60 million into this new project and relocating Dynarc Capital’s head-office here, the company demonstrates its confidence in the future of the CBD.

“We experienced a lot of criticism for relocating the motor cities from the heart of town to the eastern outskirts, but remain confident that the CBD still offers great opportunities,” he told the George Herald this week from the current Dynarc offices at Fancourt business chambers.

Local architect, Sorina van Deventer from ArcXL Architects, has created an ultra-modern design. The frontage will be demolished and 3 500 m² of floor space added to the existing building to provide a total of 8 000 m².

There will be three storeys of offices above the ground floor, facing north with magnificent views of the mountain and the historic Mother Church in the foreground.

Two restaurants will occupy the ground floor. Prinsloo Botes, CEO of the subsidiary Dynarc Real Estate, did not want to divulge the names of these two tenants as yet, as negotiations were still in a sensitive stage. “They are franchises that currently do not have a presence in George.”

Dynarc Real Estate will occupy the top floor that will be significantly smaller than the other levels and set back from the facade. The design makes provision for 150 undercover parking bays in the space previously used as a workshop and parts section. The anticipated completion date is October 2017.

Local company Leading Edge is one of the signed-up tenants and wants to move in by March next year. “Leading Edge will occupy a space next to the undercover car park at the back of the building which will be completed first.

We are hoping to start with the demolition of the facade this year so that construction can start next year,” said Botes.

Dynarc, formerly based in Bloemfontein, is making further inroads on the George property scene. They bought the commercial properties housing the Caltex filling station, Jawitz, Bongo’s, The Girls, and the hardware shop in George Road in Wilderness, as well as 7.7 hectares of land opposite the George airport (on the eastern side).

“We aim to redevelop the Wilderness property over the next five years, keeping the existing tenants. For the property at the airport we have a more long-term view,” said Botes.

He did not want to divulge what they envisage at the airport, but said airports have a dynamic of their own with development around them being characteristic.

Trivista is developing a number of plots acquired at Blue Mountain Estate.

Van Heerden said they sold several commercial properties in other provinces when they decided to move their head-office to George. “We are now concentrating our efforts in the Western Cape which we have found to be a favourable environment for development, and it is experiencing significant growth.” 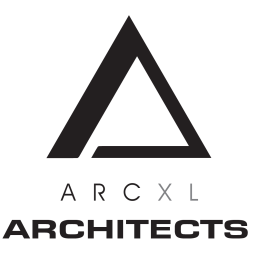 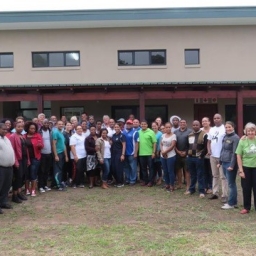 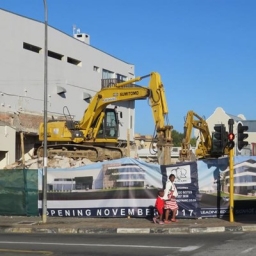 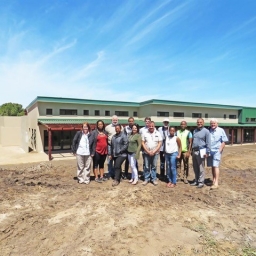